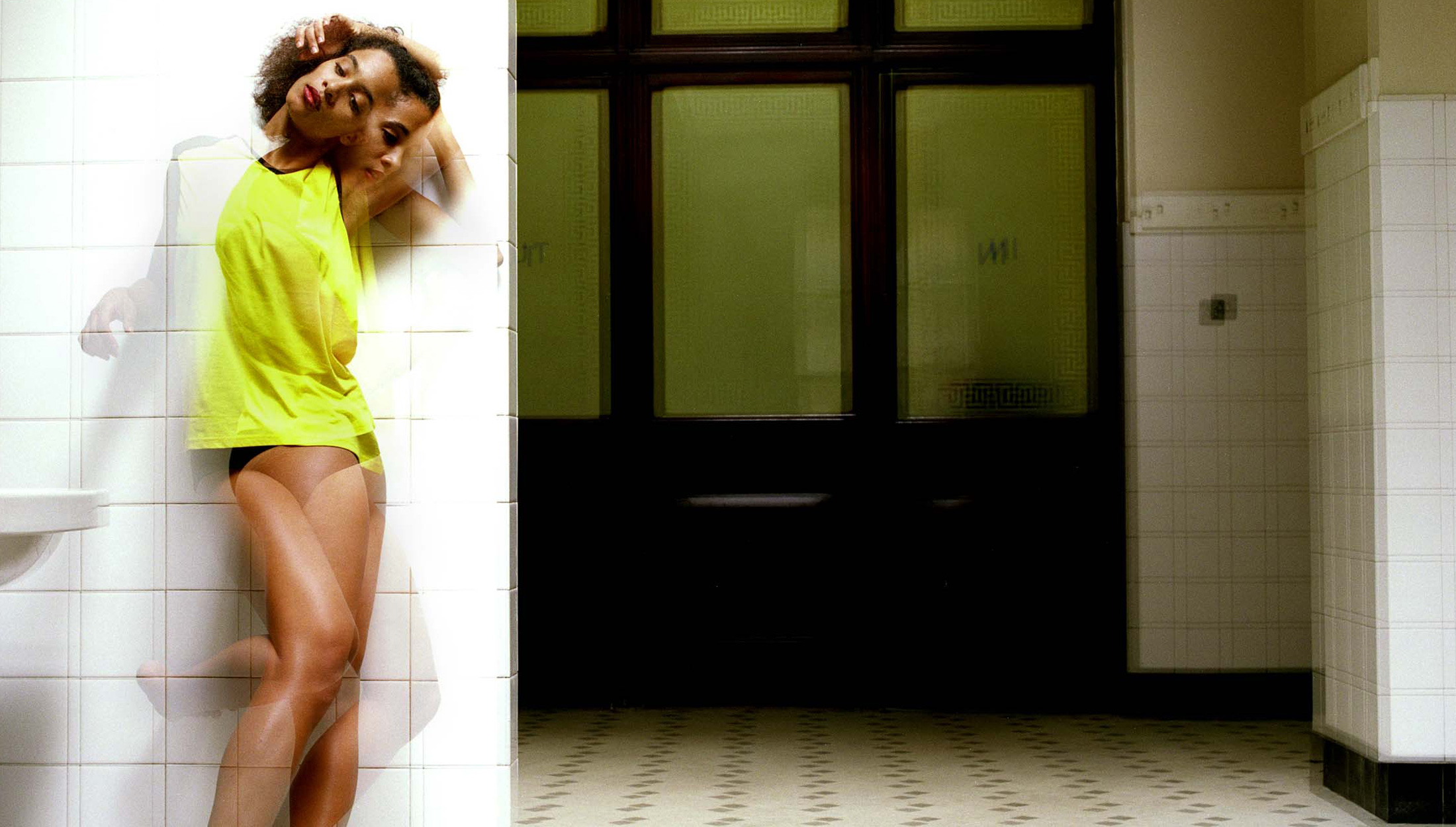 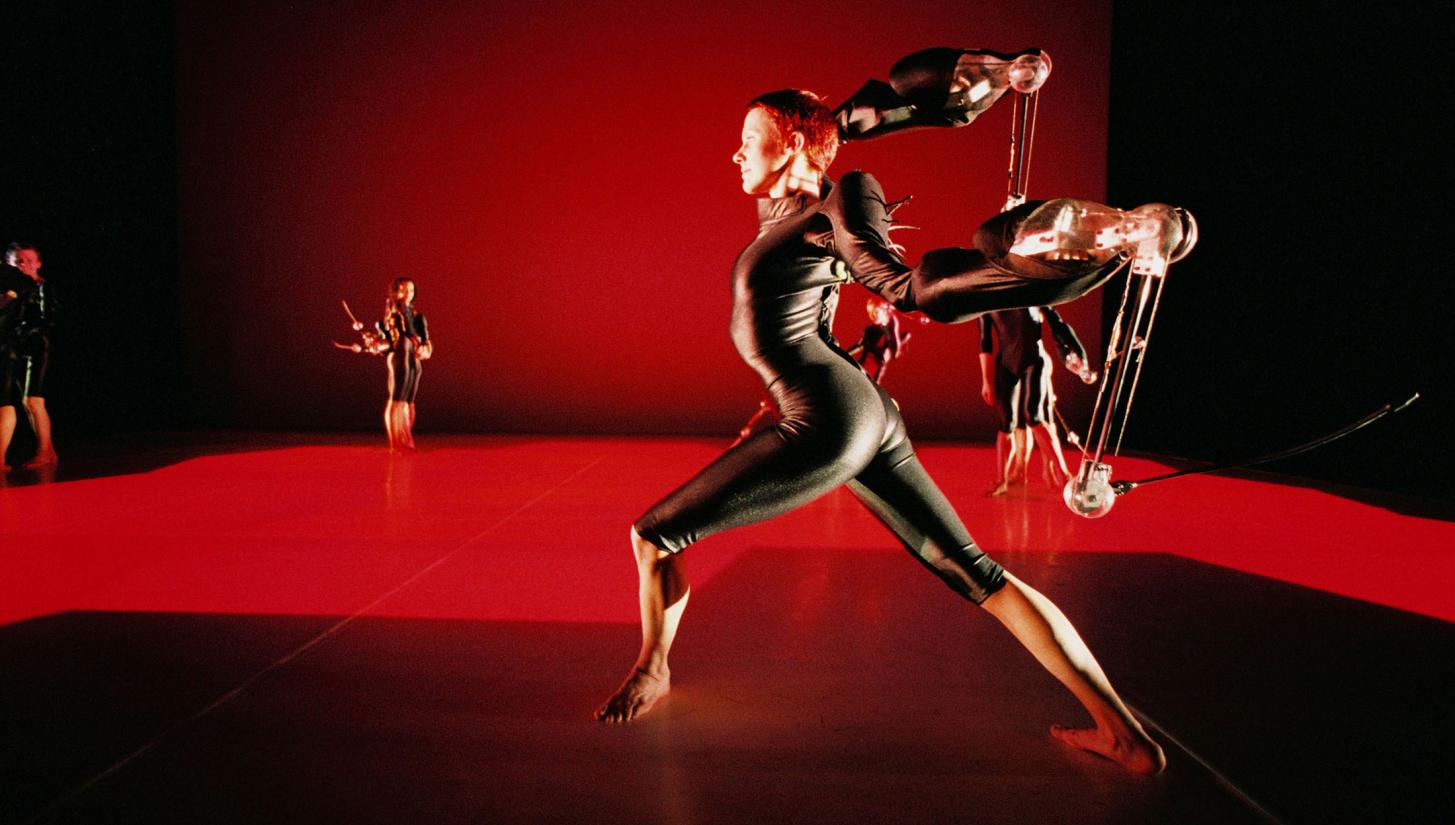 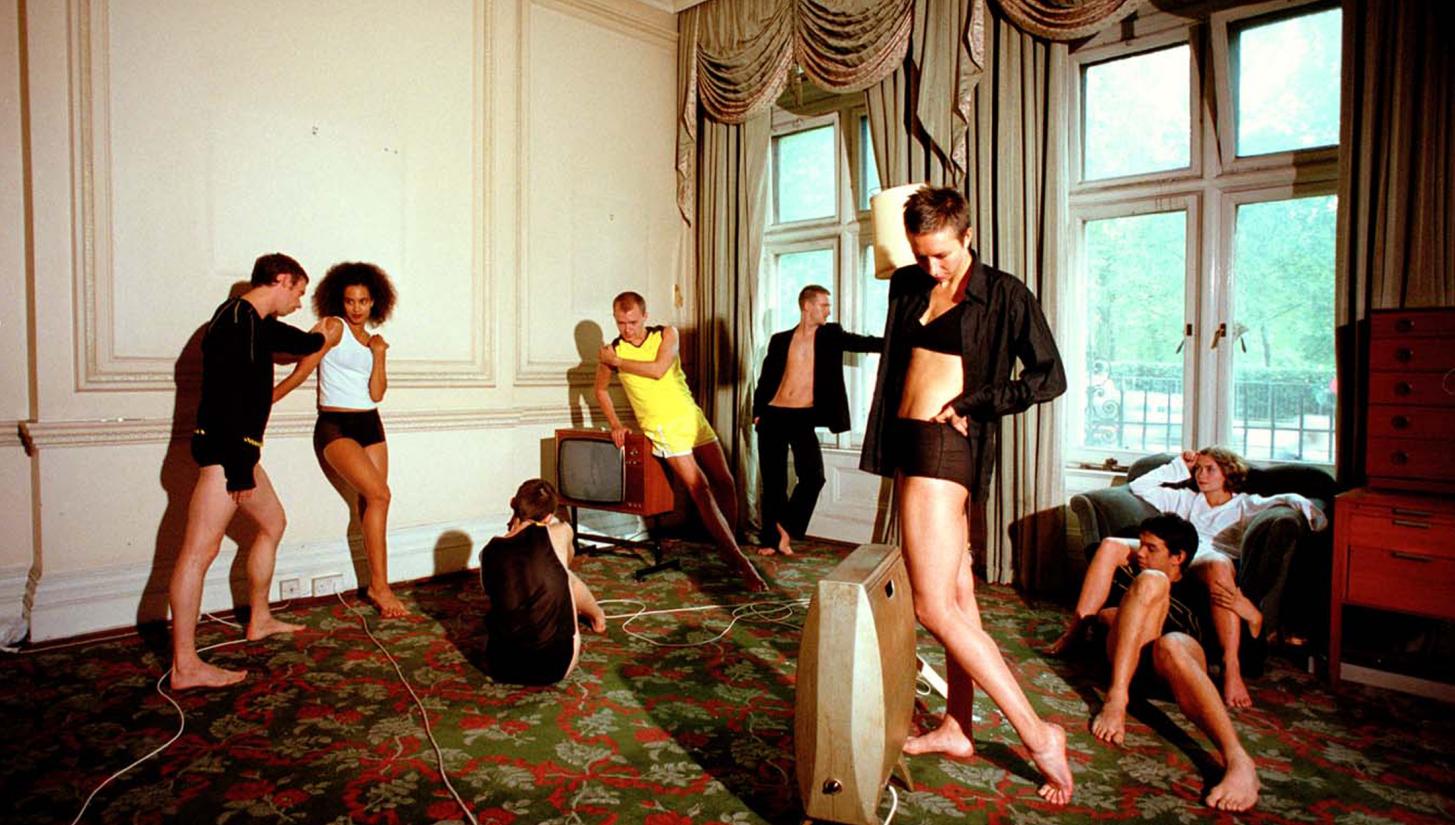 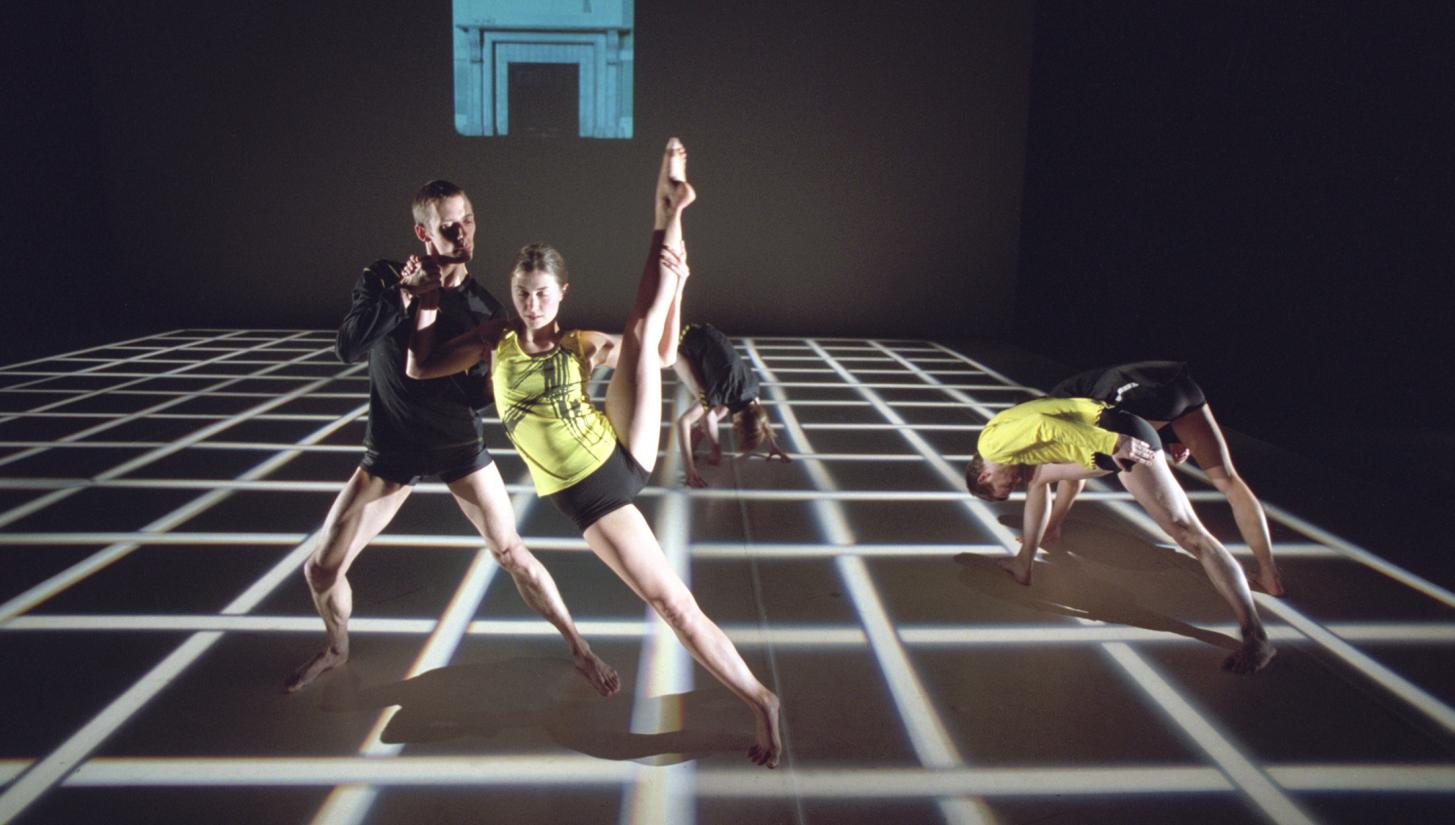 The result of collaborations with artists working at the height of their fields, Nemesis explores the relationship between body, screen and machine. Extraterrestrial dance meets reality TV.

Nemesis is a live stage and visual work for ten dancers drawing on themes of virtual reality. It is named after the Greek goddess of vengeance, and inspired by a visit to the dilapidated In and Out club in Piccadilly. Nemesis explores emotion and mood, making explicit a non-linear, visually literate and communicative world.

The creation of Nemesis celebrated the company's tenth anniversary.

Nemesis is supported by the Arts Council of England and Southern Arts, co-commissioned by South Hill Park, Swindon Dance, Sadler's Wells and DanceEast.

Additional Animated material created with the support of a Year of the Artist Award from Southern Arts. With special thanks to Nico Clark and the National Centre for Computer Animation, Bournemouth. 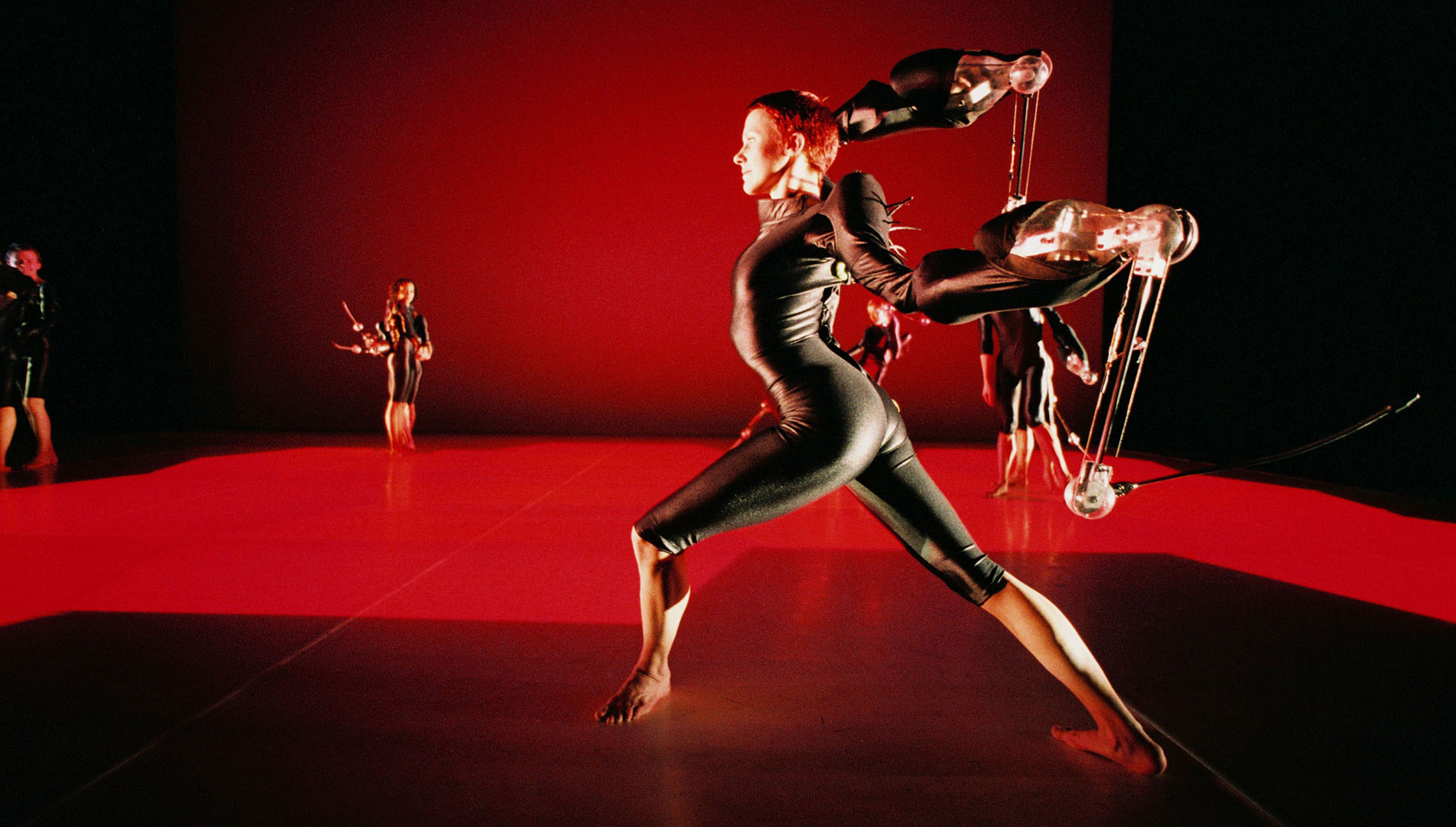 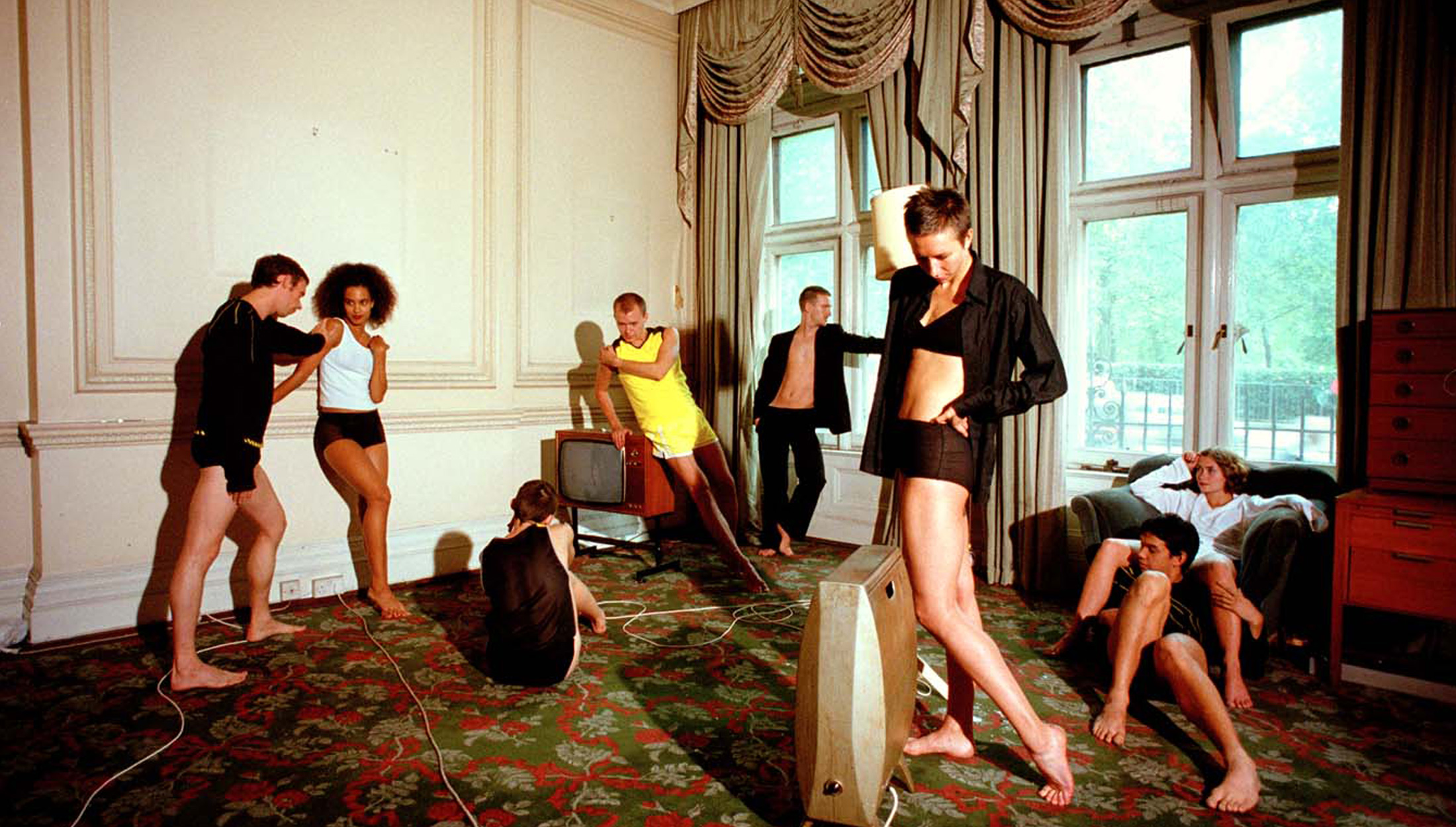 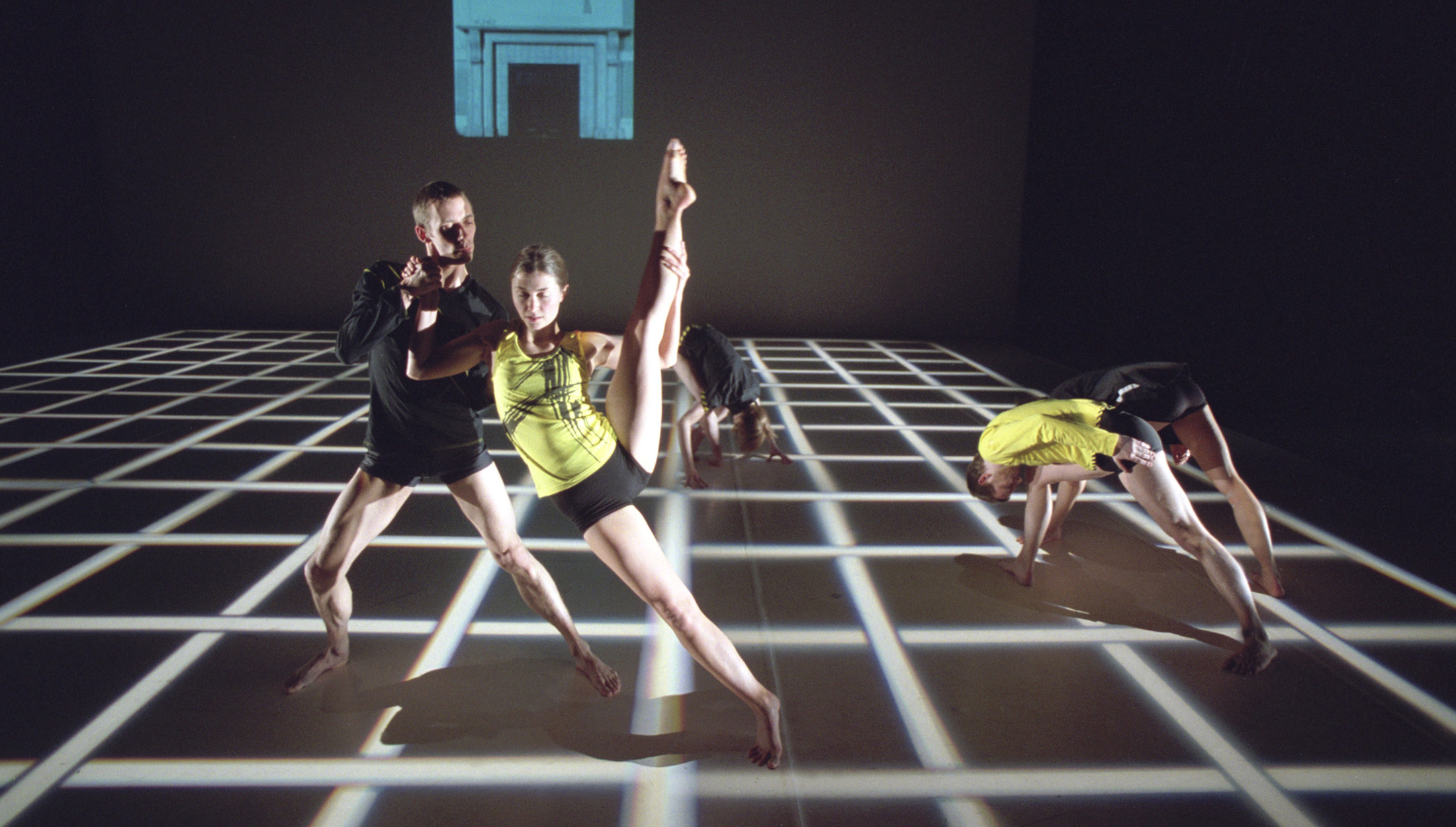