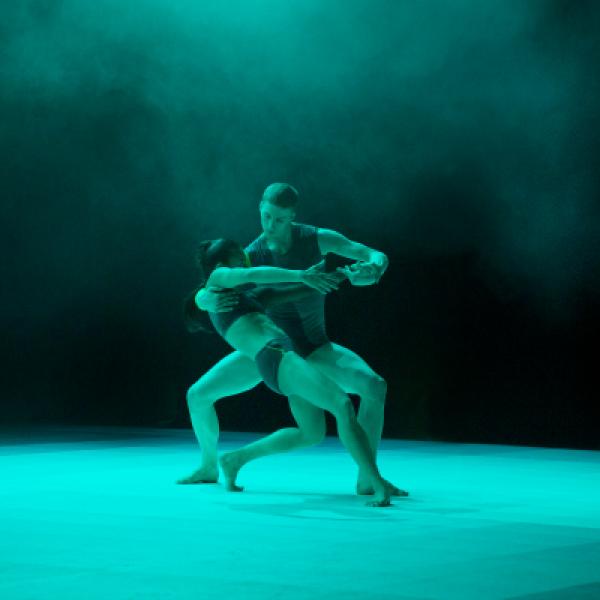 A Winged Victory for the Sullen

A Winged Victory for the Sullen are an ambient music duo consisting of Dustin O'Halloran and Adam Wiltzie. In 2013, they created the soaring score for Atomos and performed a section of the score, 'Atomos VIII', live with dancers from Company Wayne McGregor at the BBC Proms in 2015. 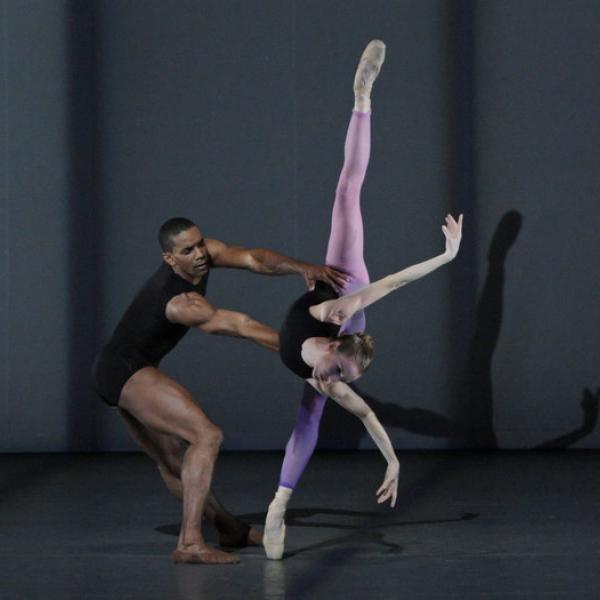 Thomas Adès is a British composer, pianist and conductor, whose works have been used in Wayne McGregor's Outlier and Living Archive: An AI Performance Experiment. Adès composed a specially commissioned score for McGregor's The Dante Project, the first act of which premiered as part of the 'Adès and McGregor: A Dance Collaboration' mixed programme at the LA Phil in July 2019, alongside Outlier and the world premiere of Living Archive: An AI Performance Experiment. 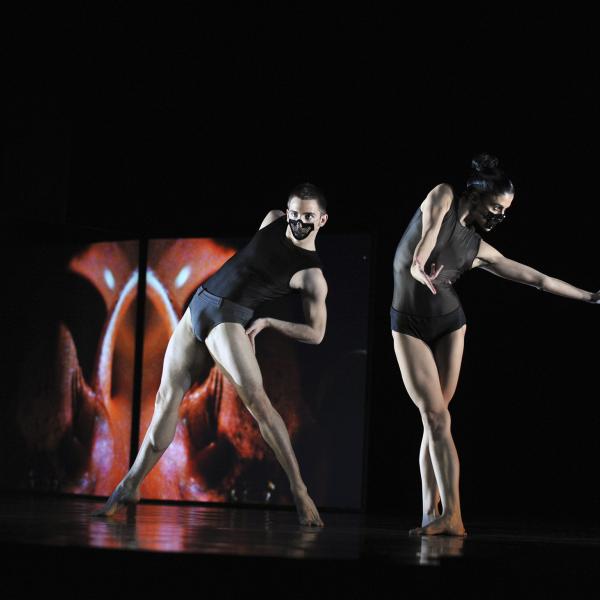 A combination of delicate symphonic compositions and edgy loops and beats, the music of Ólafur Arnalds draws in contemporary audiences despite its classical inspiration. The Icelandic multi-instrumentalist and producer composed the score for Wayne McGregor's Dyad 1909. An exclusive recording of '...og lengra' from the score features on Collaboration, an album of McGregor's favourite music used in his works throughout his career. 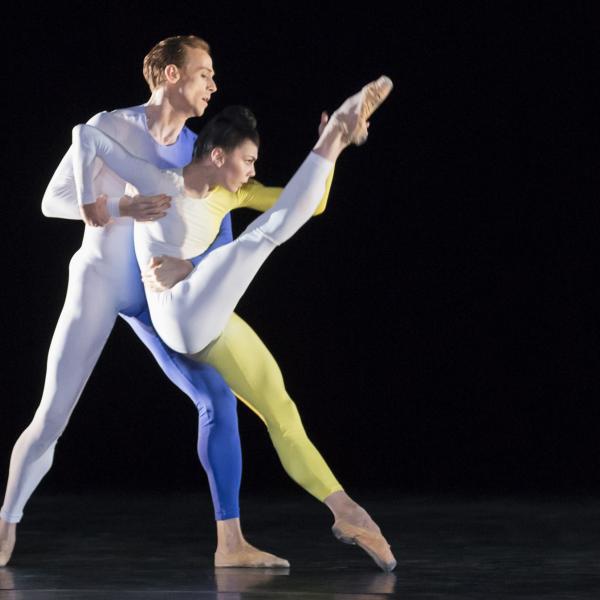 British composer and broadcaster Michael Berkeley arranged and orchestrated movements from Johann Sebastian Bach's 'The Art of Fugue' for Wayne McGregor's production Tetractys – The Art of Fugue for The Royal Ballet in 2014.

Singer, songwriter and producer Joel Cadbury first collaborated with Wayne McGregor in 2012, writing music for his large-scale dance piece in Trafalgar Square as part of the London 2012 Festival, Big Dance. Cadbury has since composed music for McGregor's Borderlands, created for the San Francisco Ballet in 2013, Winged Bull in the Elephant Case and Soma. 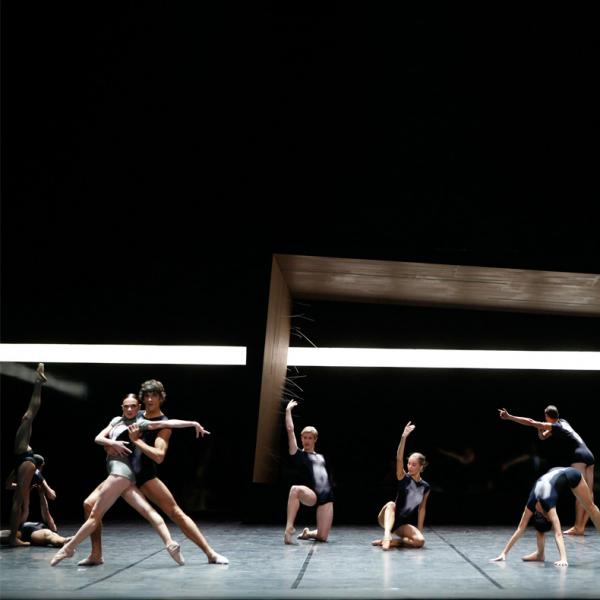 Benjamin Wynn is an Emmy Award winning American composer, sound designer and music producer, who produces under the name Deru. Wayne McGregor first used Deru's music for [memeri]in 2007. In the same year, McGregor commissioned Deru with Joby Talbot to compose the music for his first piece for the Paris Opera Ballet, Genus. 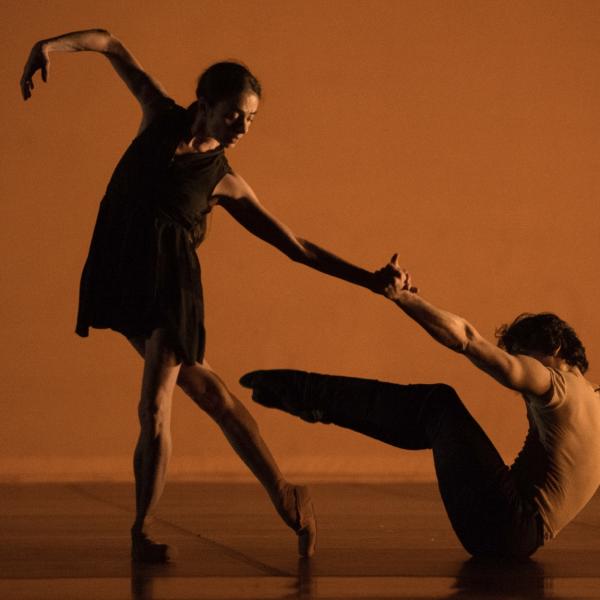 Nils Frahm is a German musician, composer, and record producer that composed the music for Wayne McGregor's Ambar, a pas de deux performed by Natalia Osipova and Edward Watson of The Royal Ballet in 2012. McGregor later used Frahm's 'Immerse!' for another pas de deux, Witness, choreographed for Alessandra Ferri and Herman Cornejo for the Fall for Dance Festival, New York in 2016. 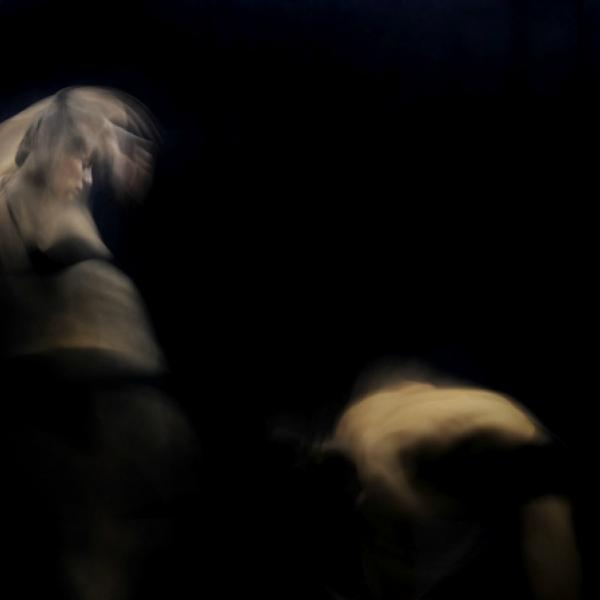 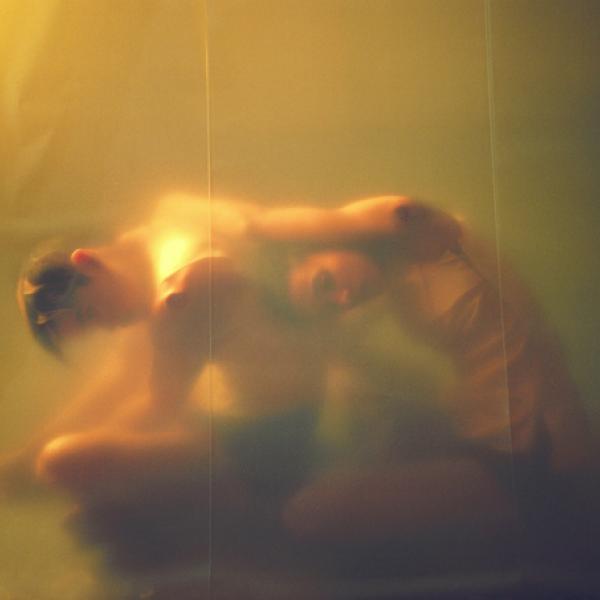 Michael Gordon is an American composer and co-founder of the Bang on a Can music collective and festival. After setting his 2003 work for the Stuttgart Ballet, Renature, to Gordon's 'Weather', the following year McGregor commissioned Gordon to write an original score for Company Wayne McGregor's AtaXia, performed live by 12-piece contemporary music ensemble I C E B R E A K E R. 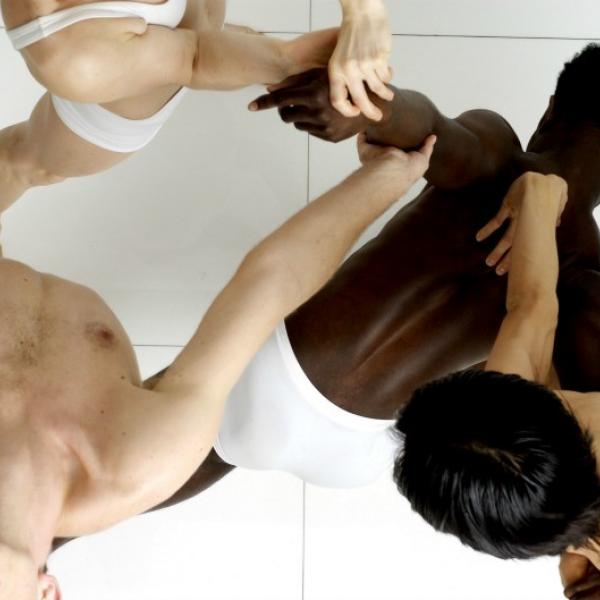 Composer Jon Hopkins' ability to create soundworlds and melodies both beautiful and disturbing has led to long-term collaborations with Brian Eno, Imogen Heap, David Holmes and Coldplay. In 2008, Wayne McGregor commissioned Hopkins to compose an original score for Entity, a track of which appears on McGregor's curated album Collaboration, and Hopkins contributed music for McGregor's interactive dance platform Mix The Body in 2017. 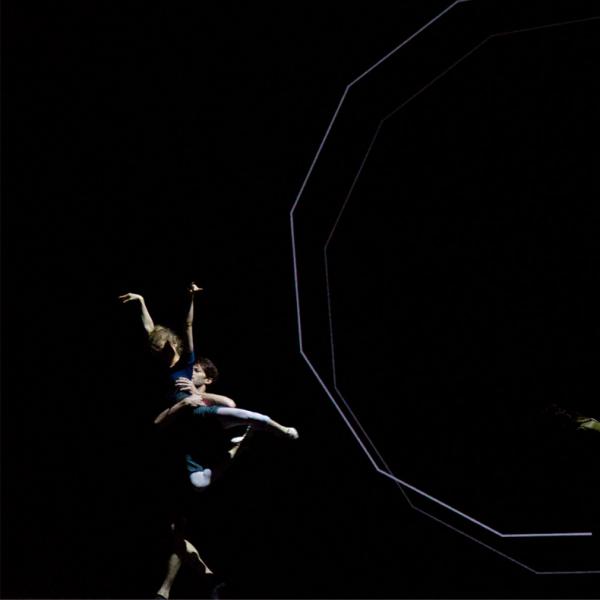 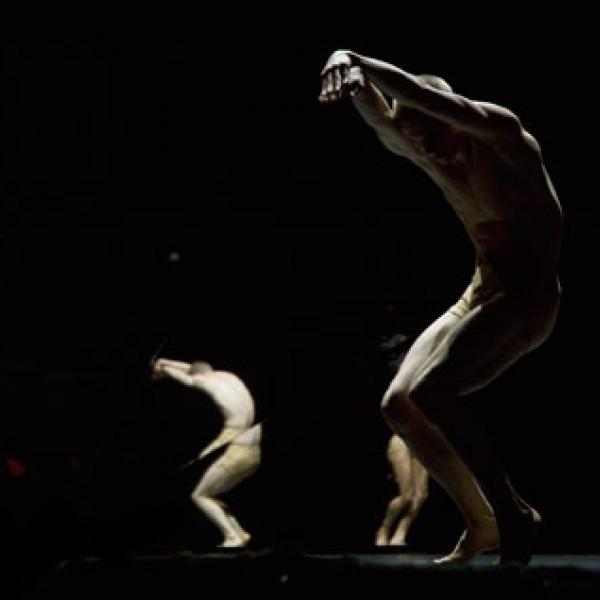 Mercury Prize-winning artist Jamie xx is renowned both as a solo musician and member of London band The xx. Jamie xx composed the original score for Wayne' McGregor's 2015 work Tree of Codes, inspired by the Jonathan Safran Foer novel of the same name. 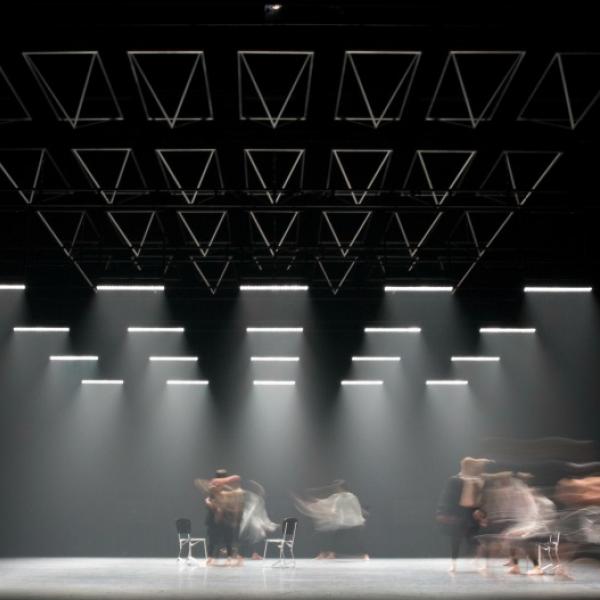 Jlin is an American producer, composer and electronic musician whose music has helped to bring footwork to a wider audience. Jlin composed the critically acclaimed original score for Wayne McGregor's Autobiography, released as a stand alone album in 2018, and performs live with Company Wayne McGregor as part of Autobiography Edits, a compact and stripped back touring version of Autobiography. 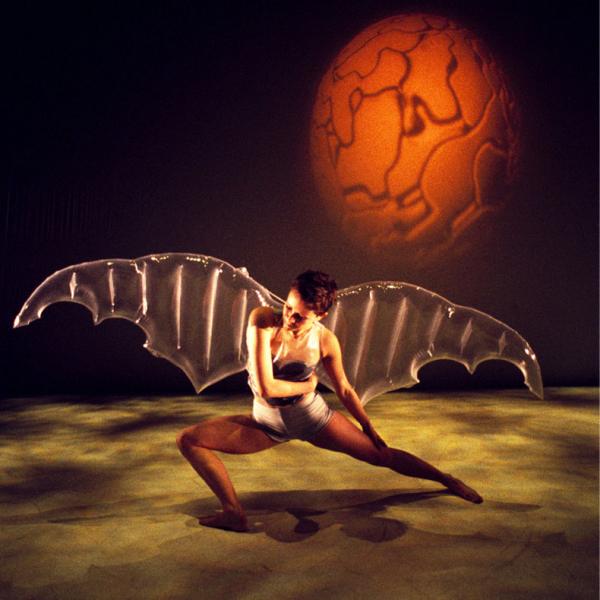 Composer and songwriter Jules Maxwell composed music for a number of Wayne McGregor's works and projects from the late 1990s and early 2000s including Cybergeneration, digit01, CastleScape and Alpha. 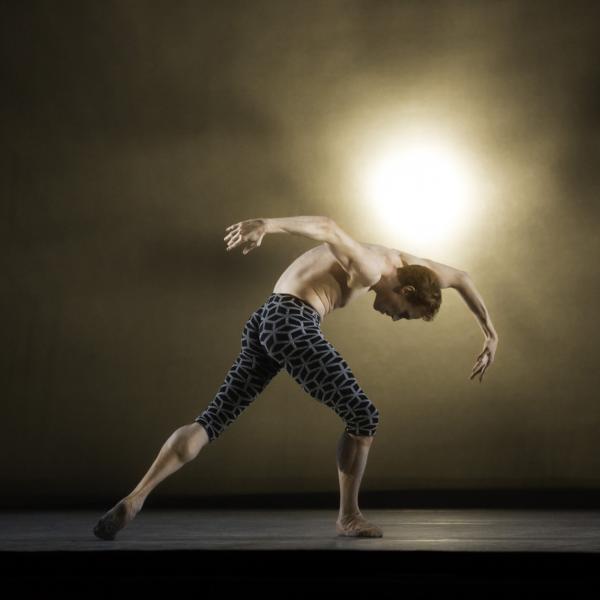 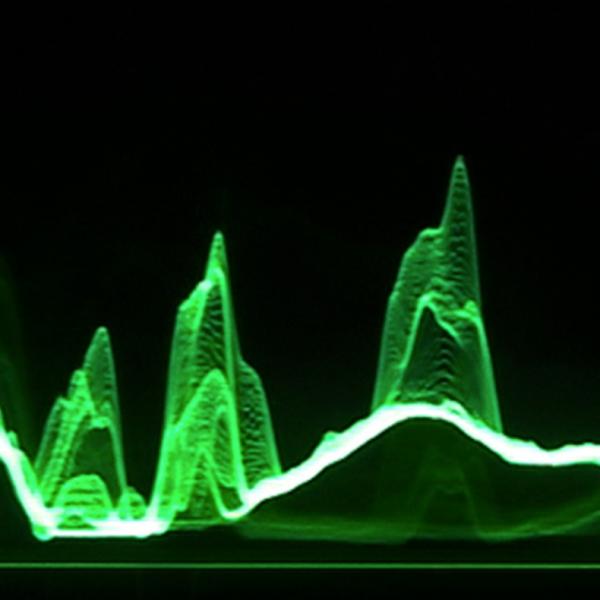 Plaid are a British electronic music duo from London who composed the music for Wayne McGregor's Erazor in 2006.

Steve Reich is an American composer known for pioneering minimalist music. Wayne McGregor has set a number of his works to Reich's compositions including Xeno 1 Xeno 2 Xeno 3 (McGregor's first work for Company Wayne McGregor in 1993), PreSentient, EDEN| EDEN and Dyad 1929. In 2016, Reich composed an original score for Wayne McGregor's Multiverse, which premiered at the Royal Opera House to celebrate McGregor's 10th anniversary as Resident Choreographer of The Royal Ballet. 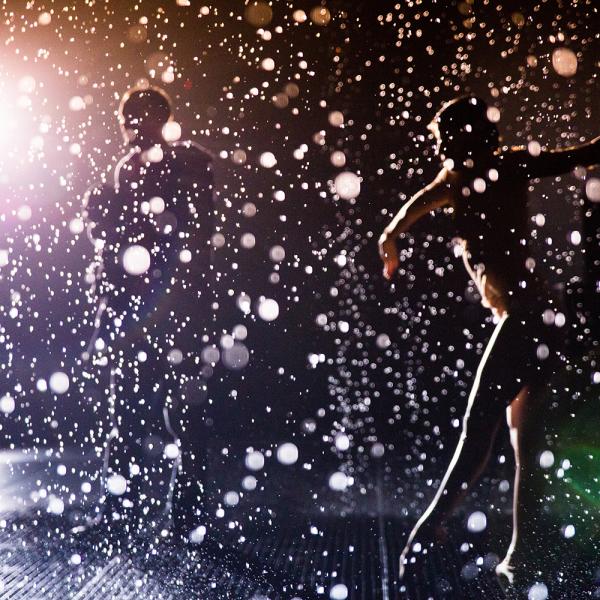 Experimental composer MaxRichter first collaborated with Wayne McGregor to provide an original score for Infra in 2008. Since then, Richter has composed the music for a number of McGregor's works and projects including Future Self, SUM, Rain Room, Woolf Works, Self and Other and Mix The Body. Richter's composition 'Infra 5' from Infra features on Collaboration, an album of McGregor's favourite music used in his works throughout his career. 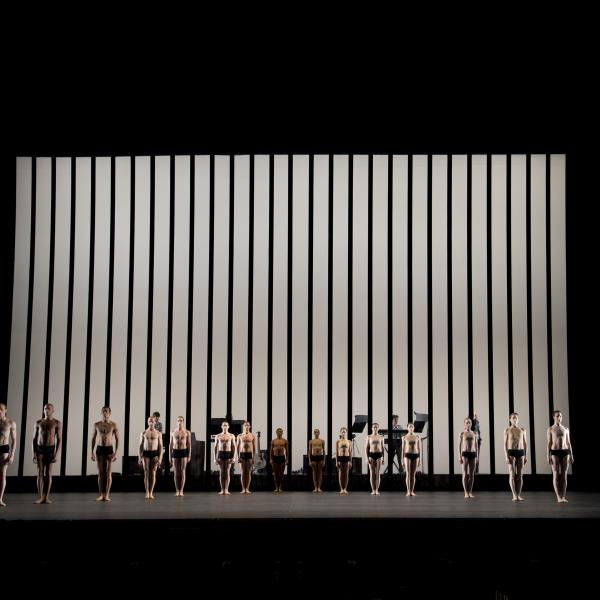 Grammy award-winning musician, singer-songwriter and record producer Mark Ronson, with Andrew Wyatt, produced and composed the eclectic score for Wayne McGregor's Carbon Life, choreographed for The Royal Ballet in 2012. As well as himself on bass guitar, Ronson gathered a supergroup of musicians to perform the score live on the premiere night at the Royal Opera House, including singers Boy George, Hero Fisher and Alison Mosshart. 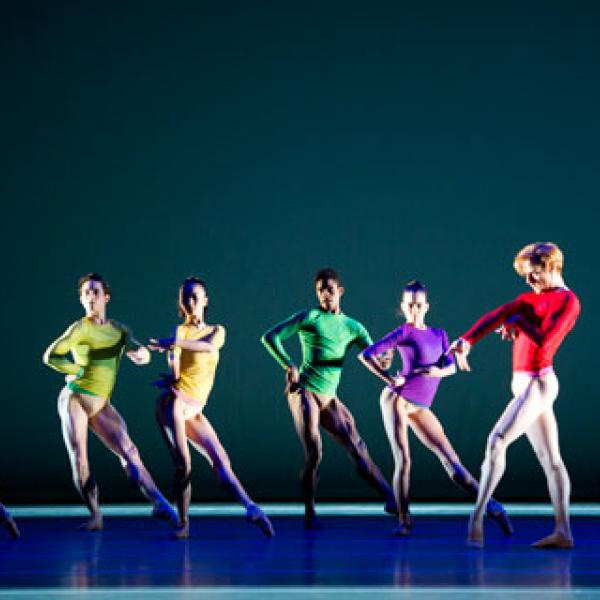 Finnish composer Kaija Saariaho's compositions, including cello concerto 'Notes on Light' and 'Eclipse', are used in Wayne McGregor's Limen, choreographed in 2011 for The Royal Ballet. In 2018, Saariaho collaborated with McGregor for the music in his first work created on the Bayerisches Staatsballett, Sunyata. 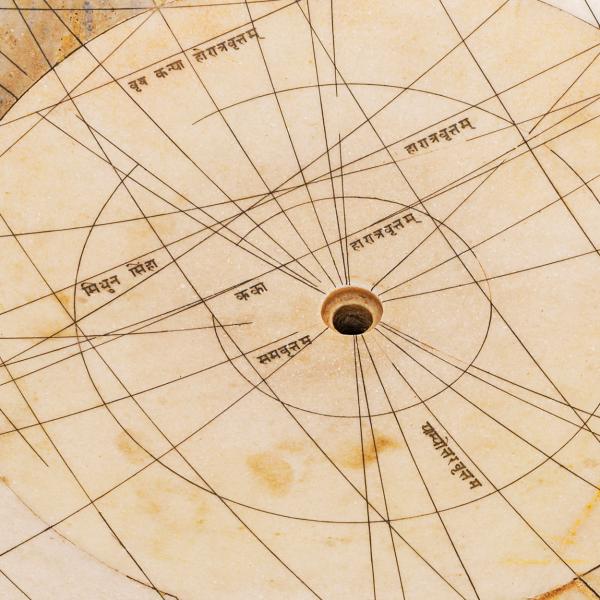 Esa-Pekka Salonen is a Finnish orchestral conductor and composer. Wayne McGregor set his 2010 work Yantra, created on Stuttgart Ballet, to Salonen's 'Foreign Bodies'. In 2016, Salonen collaborated with McGregor on the score for Obsidian Tear, a co-production between The Royal Ballet and Boston Ballet inspired by Salonen's orchestral work 'Nyx', conducting at the premiere of the work at the Royal Opera House. 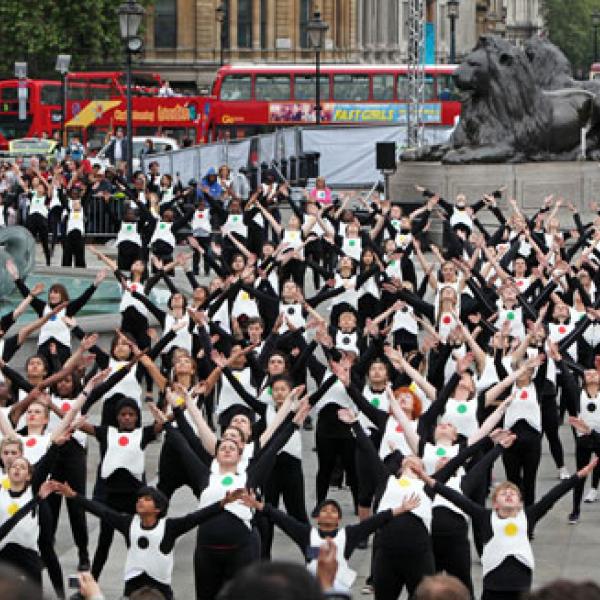 Robin Rimbaud, who performs under the alias Scanner, is an electronic musician, composer, conceptual artist and writer based in London. Wayne McGregor first used a collection of Rimbaud's music for his 2001 work, detritus. Since then, Rimbaud has composed and arranged the score for a number of McGregor's works, including Nemesis, Polar Sequences 3, Qualia and Kirikou et Karaba. Rimbaud also works closely with the Studio Wayne McGregor Learning and Engagement team, composing music for both community and large-scale projects such as the Opening Ceremony of the FINA World Swimming Championships in 2009, Big Dance, the 2015 and 2016 Foundation for FutureLondon Summer School and ToGather. 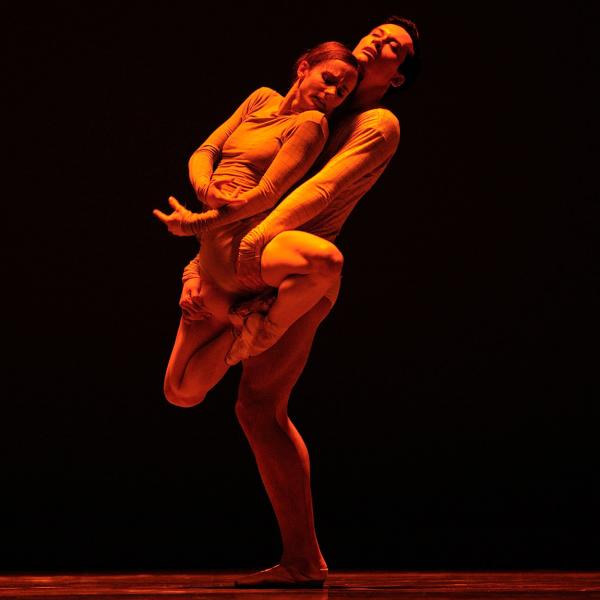 Jamiroquai collaborator Paul Stoney worked with Joel Cadbury on the score for Wayne McGregor's Borderlands, created for the San Francisco Ballet in 2013. 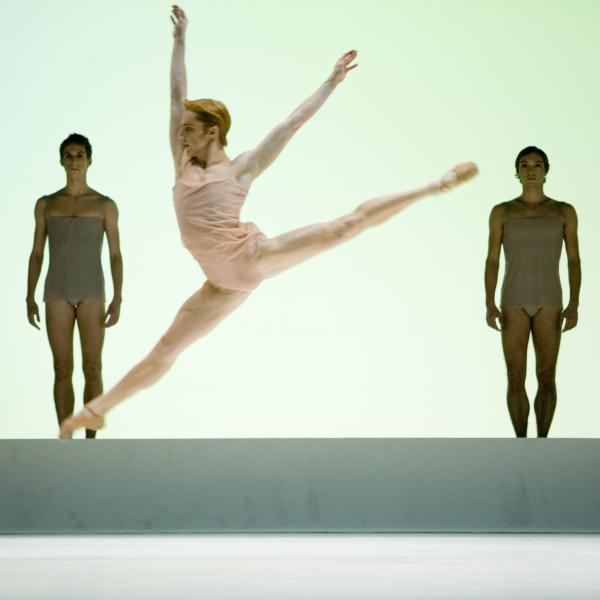 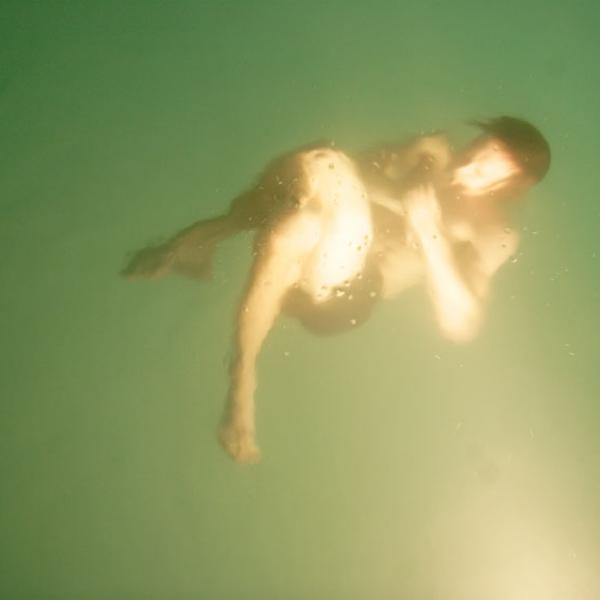 Sir John Tavenerwas one of the leading British composers of the past 50 years. Wayne McGregor commissioned Tavener to compose an original score for his 2005 work Amu. The music was inspired by the Sufi legend of 'Laylā and Majnūn'. A world premiere recording of a section of the score, 'Hymn of Adoration', can be heard on McGregor's Collaboration, an album of McGregor's favourite music used in his works throughout his career 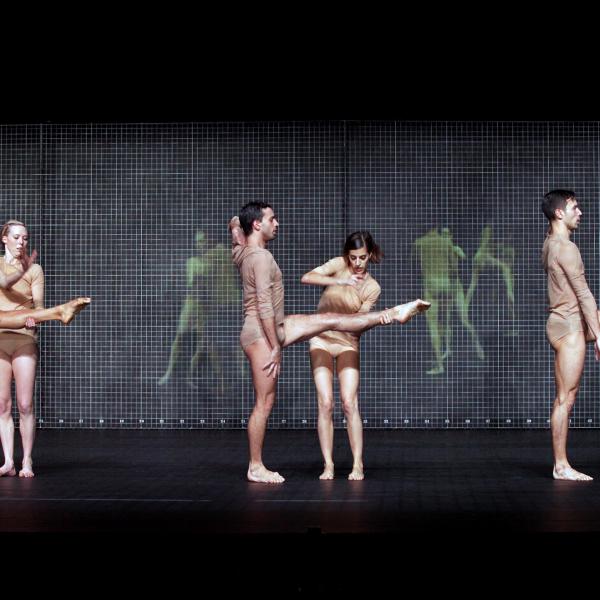 British classical composer Mark-Anthony Turnage composed the original score for Wayne McGregor's UNDANCE, working from 'instructions' by conceptual visual artist and Turner Prize-winner Mark Wallinger, who created the set design for the piece. In 2011, the premiere of UNDANCE was presented in a mixed programme with Turnage's chamber opera Twice Through the Heart, directed by McGregor, at Sadler's Wells. In the same year, McGregor set his work for Paris Opera Ballet, L'Anatomie de la Sensation (Pour Francis Bacon), to Turnage's 1994 piece 'Blood on the Floor'. 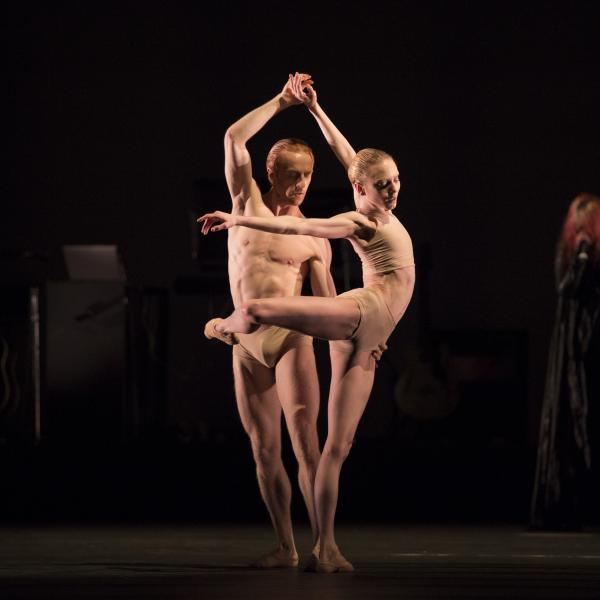 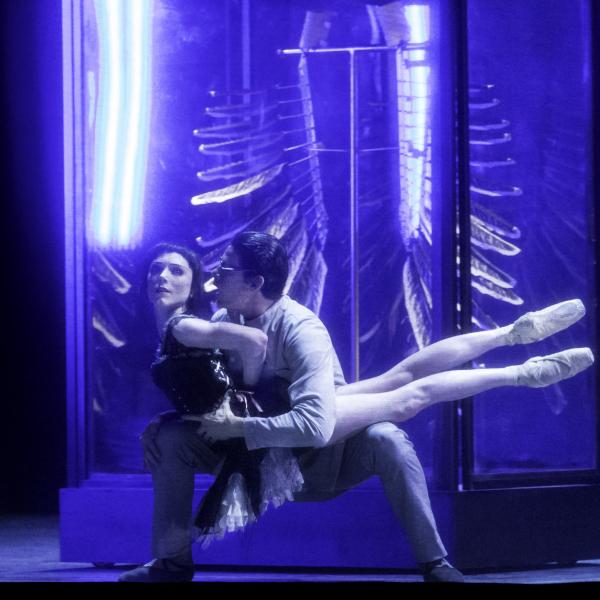 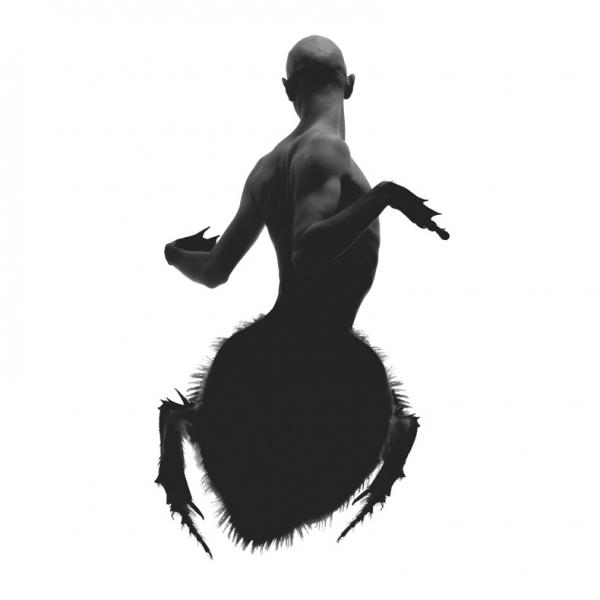 Electronic composers Zoviet France collaborated with McGregor on a number of his early works for the Company that include Sulphur 16, Aeon, and Symbiont(s).